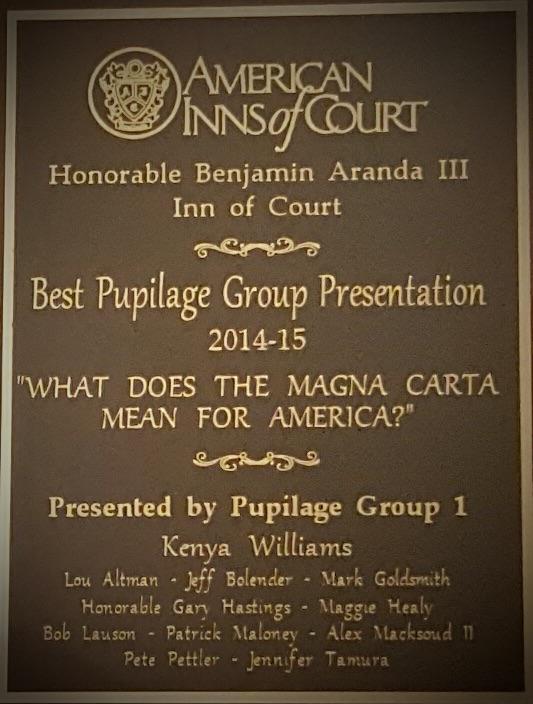 Fulwider Patton's Kenya Williams was recognized as Best Pupilage Group Presentation (2014-15) for the Honorable Benjamin Aranda III Inn of Court on September 16, 2015 as part of her group's presentation entitled "What Does the Magna Carta Mean for America?" Each member of the group received a personalized wooden plaque.