JAMES W. PAUL earned his degree in mechanical engineering from Ohio State University and his Juris Doctor from Northrop University. He is a licensed professional engineer in the State of California. Mr. Paul specializes in the prosecution and litigation of patent, trademark and copyright matters, with concentration in the high technology fields, including electronics, medical systems, optics, lasers, computers, software and advanced vehicle systems. Because of his extensive experience in the litigation and prosecution of patent, trademark and unfair competition matters, he has been particularly active in counseling clients on the development, protection and management of their intellectual property and avoidance of risk in the growth of their companies.

Mr. Paul joined the firm as a partner in 1986. Before joining the firm, he was intellectual property counsel for the Space and Technology Group of TRW, where he worked closely with management to protect emerging technologies in the optics, propulsion, electronics and control systems used in a wide variety of satellites and defense systems under development for the U.S. government. Before obtaining his law degree, he was a project manager for electro-optical detection and discrimination systems and section head at TRW for software designers working on real time software development for ballistic missile defense systems. Prior to joining TRW, Mr. Paul was on the technical staff at Aerospace Corporation acting as project manager for ballistic missile design such as the Titan 3C development and was a member of the original technical team for GPS. At North American Aviation/Rockwell International, he developed many systems for simulation, including the Apollo lunar lander and command module simulators used to evaluate the astronauts reactions to various designs. As a result of this background and his work with clients in those fields since, Mr. Paul has a broad range of experience in most of the technologies related to spacecraft, aircraft, propulsion systems and high performance land vehicles and the migration of those technologies into other applications.

He has assisted in licensing of technology and negotiation of technology development agreements between major corporations. Since beginning the practice of law, Mr. Paul has prosecuted and litigated patents, trademarks and copyrights for many companies and in many technologies, including medical devices, scientific instruments, animal and human vaccines and health treatments, and optics and computer related technologies. In addition to his legal and technical activities, Mr. Paul is an FAA licensed instrument pilot.

Mr. Paul is admitted to practice in U.S. Federal and State Courts and the U.S. Patent and Trademark Office. He is a member of the State Bar of California, and Los Angeles and American Intellectual Property Law Associations and has served on numerous committees of those organizations. He has been elected a Southern California Super Lawyer for the last four years. 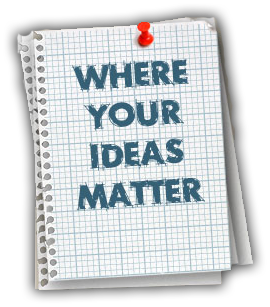